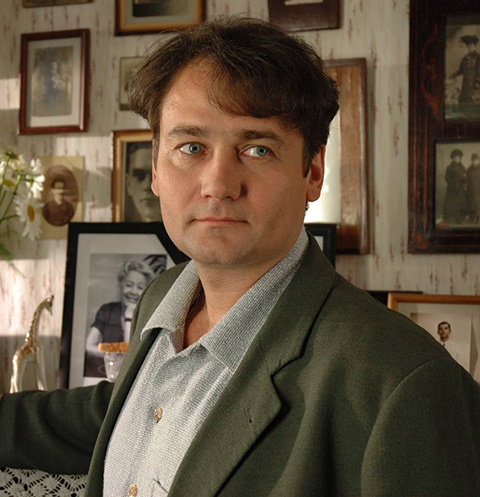 Seeing the photo of Sergei Baryshev, today many viewers will remember Major Vladimir Vinokurov, played by him in the series “Secrets of the Investigation”. However, long before participating in the rating project, Baryshev managed to declare himself as an artist of the theater and the author of the musical album “Petersburg is pouring tears outside the window”. Why did fame overtake the talented actor only at the beginning of the 2000s?

The series marked for Sergei Viktorovich not only a breakthrough in his career. After a couple of successful seasons, a journalist named Ekaterina came from Germany, intending to interview the stars of the project. In just a few days spent next to the woman, Baryshev realized that he had met his fate. Katya became for him the best friend, wife and guardian angel, because she remained by her side, as they say, both in grief and in joy.

On October 3, the artist turns 57, he has not starred in “Secrets of the Investigation” for a long time, but he works in other projects and teaches children in his own theater studio. On Baryshev’s birthday, we remember how he managed to cope with a series of misfortunes that overtook in the past.

NOT TOO SMOOTH STARTING 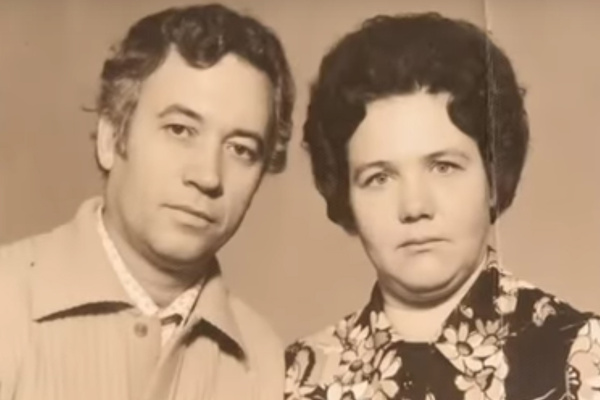 Parents did everything to provide Sergei Baryshev with a decent future

From his father, Sergei took over the talent for drawing – Viktor Andreevich was an artist and dreamed of making a living with this craft, but it did not work out: a son was born, then a daughter, he had to think about how to feed his wife and children, and not about creative ambitions. At the Engels House of Culture, the man was offered a salary of 100 rubles, and at the trolleybus factory, the plastic press received 300 – for the head of the family the choice was obvious.

Uncle Sergei Baryshev worked as a surgeon, and Viktor Andreevich believed that his son would take advantage of the protection of a relative and go to a medical institute. The second option was a military school because of stability. However, since kindergarten, Sergei dreamed of becoming an artist: playing the heroes of fairy tales on the stage, he felt an incredible surge of strength, felt that he was able to rivet the attention of the audience.

As a result, after school, Baryshev joined the ranks of students of the Saratov Theater Institute. It seemed that the dream had come true, but the teachers now and then hinted to the young actor that he lacked life experience. To the surprise of those around him, then Sergei went to the army, although he had a “reservation” and could not officially serve.

“I wanted to understand life, what is happening to people there, to live it, to feel it. And the second moment – I was ashamed to hide behind the backs of other guys: it was time for Afghanistan, there was a call, ”the artist explained. 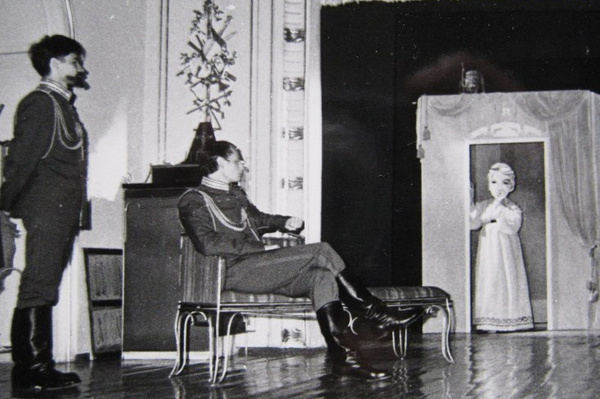 After moving to Leningrad, the actor worked in theaters

Demobilized, the actor got a job at the Saratov Drama Theater named after Karl Marx, but after a couple of seasons he realized that everything was too predictable here, and he could not achieve great success in the provinces. During a tour in Leningrad, Baryshev was offered to go to the Theater on Liteiny, and without hesitation he agreed to move.

“There was nowhere to live, I had to spend the night at railway stations, I visited almost all districts of Leningrad,” the actor said about the difficulties in the program “The Fate of a Man”. – At that time, a free economic zone was still declared, registration was not needed. On the one hand, this is good, but on the other, cards and food coupons were introduced later. And they were given only to those who were registered. As a result, I could buy one loaf, at best – pasta, and that’s it. I lived with friends, in dormitories, worked in theaters, but did not have my own home. “ 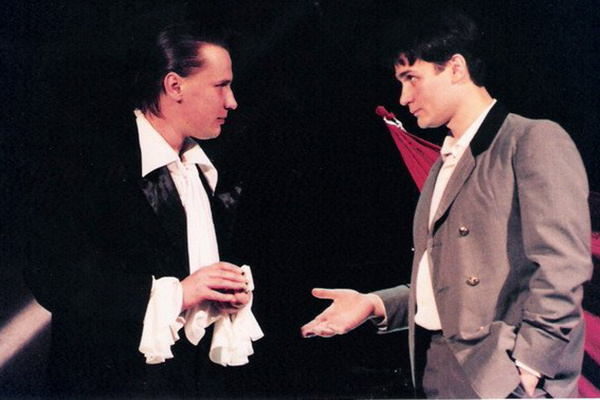 Sergei Baryshev in the play “Forest”

Later, Sergei Viktorovich got a job on St. Petersburg television as a director and screenwriter, so he saved up money and bought a room in a communal apartment. It was then that the artist met his future wife in the company of friends. She was a pharmacist, while passionately adored the theater and went to all the performances of Baryshev. However, this was not enough to create a strong union: it became clearer and clearer that lovers are completely different people who are not able to reach mutual understanding.

Unsuccessful marriage and love to the grave: how Maya Plisetskaya won the young composer

“One caveat: on the wedding day we went home, she said seriously:“ I don’t love you ”. And it was clear that this was true, and not some kind of impulse. There was a refrigerator “ZIL”, and it all so outraged me and pissed me off that I hit the door with my fist, broke my arm, “the actor admitted.

Probably, the couple should have parted immediately, but the artist did not dare, as he hoped that everything could be fixed. The unhappy marriage lasted five years and ended in a painful breakup. “She was confused, she practically lived her life, but, apparently, she arranged the facade of marriage with an actor, she did not want to change,” Sergey Viktorovich described his wife’s reaction to a divorce.

CHANGE FOR THE BETTER 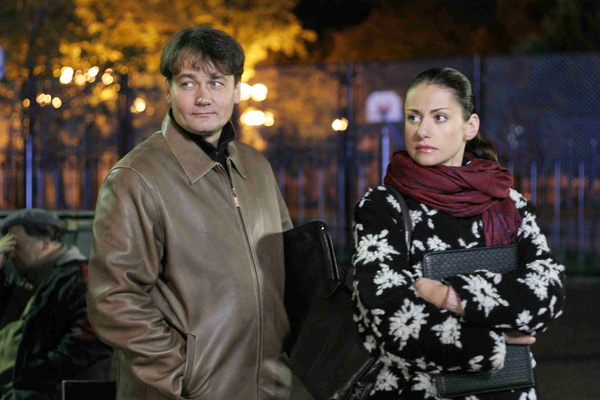 Baryshev clearly remembered the key moment in his creative life: he played in the play “The Forest” based on Ostrovsky’s novel, and when the curtain fell, the assistant director of “Secrets of Investigation” looked behind the scenes and offered to try the role of Filonov, and only then – for Major Vladimir Vinokurov. Initially, the character was conceived as episodic, but Sergei himself convinced the authors of the project to introduce into the plot a love line between Maria Shvetsova, played by Anna Kovalchuk, and Vinokurov.

Investigator Shvetsova and Margarita. The fatal roles of Anna Kovalchuk

The hero of Baryshev became a key one in the series, so the work stretched out for the artist for 11 years and made him a star. The audience waited for the characters to get married, but the writers kept the intrigue for a long time, and in the end they divorced Maria and Vladimir. According to the plot, Vinokurov played a wedding with the lawyer Zhenya, then left her to investigator Olga, then returned to his wife … These vicissitudes were often not liked by the public.

“There was a case when a drunk man stuck to me on the train in the vestibule and literally shook me by the chest, shouting how I could leave Zhenya,” Sergei Viktorovich recalled. 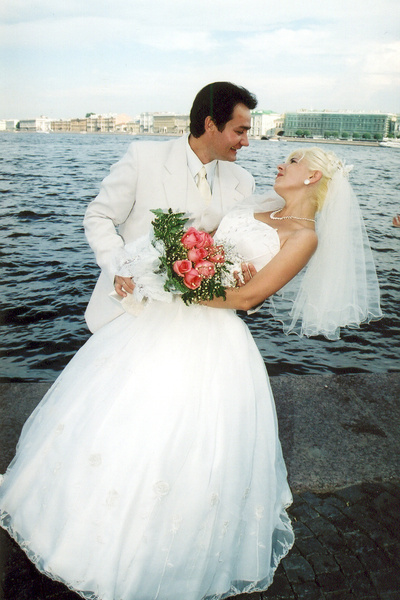 The artist proposed to Catherine after a few weeks of dating

“Secrets of the investigation” brought the artist recognition, popularity and demand: crime films became his bread. “Streets of Broken Lanterns”, “Citizen Chief”, “Sea Devils” – in all these projects you can see Baryshev. He also appeared in the film “Yard” and the rating TV series “Youth”.

But love turned out to be more expensive than money and audience sympathy, because it was “Secrets of the investigation” that attracted the future spouse into the life of the actor. “I just returned from America, the phone rang, they say, a journalist from Germany has arrived, I would like to interview. We agreed to meet at the metro station, sat down in a cafe, started talking, ”shared Sergey Viktorovich.

Natalia Vodianova: “It turned out like in a fairy tale: he is on his knees and makes an offer in Russian”

The first meeting took place on the eve of the Old New Year, and in August the lovers got married. Moreover: Catherine stayed in Russia for only 10 days and flew back to Germany, and a month later Baryshev rushed after her, took her to Paris and made an offer there. “Everything turned out by itself, if you love a person, you don’t think about his profession or about the age difference. Everything happened very quickly and without a doubt, ”the journalist emphasized. 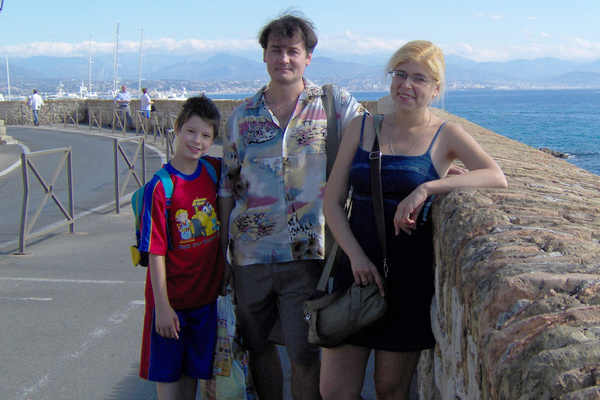 The first problem for Catherine was the move: for many years she lived in Germany, her son Alexei studied there, who at that time was not yet eight. Ultimately, the newlyweds decided to settle in Russia due to the employment of Sergei Viktorovich on the set. The actor managed to get along with his wife’s heir from his first marriage, but he dreamed of his own children. Unfortunately, fate decreed otherwise.

“It all started with an illness, in one of the clinics in Moscow they put the last stage of cancer, went to Germany, they said that the condition was precancerous. I thought I was cured, but then the disease returned. At that time, there was already a pregnancy, and as a result of treatment, a miscarriage occurred. The child could not be left after these medications. There was a moment when hands dropped. We went through this together, since 2012 I have been healthy, ”Ekaterina confessed.

I had to work very hard to pay my wife for expensive treatment. At first, Katya even said that it was better for them to divorce, not wanting to be a burden. “But when we got married, we promised each other:“ Both in sorrow and in joy, ”the artist concluded. – And besides, I am a monogamous person. 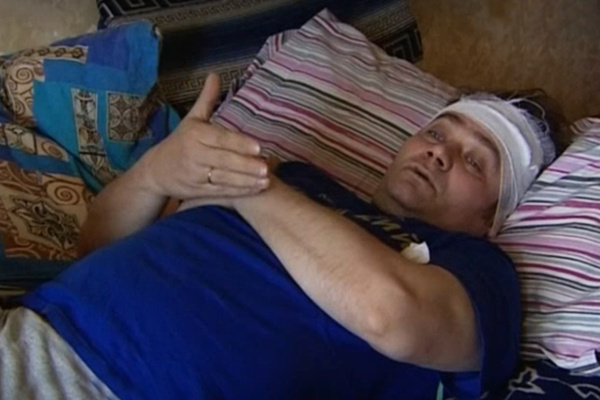 In April 2013, Baryshev was seriously injured.

In a sense, the couple fulfilled their dream of children when they began to study with young pupils in their own theater studio. “They have become relatives to us, we are worried about their exams and performances,” said Ekaterina.

Cancer and the loss of a child are difficult trials, but, alas, they did not become the last for the Baryshev family. The black streak continued with the death of Catherine’s mother from cancer, and again her husband was there, supporting her in difficult times. A couple of years later, the journalist took care of his wife. In April 2013, the road conflict turned into a nightmare for the actor.

Cancer, death, loss of a child. The tragedies of the actors “Secrets of the investigation”

The artist was on his way to a rehearsal and got stuck in a traffic jam caused by an Opel blocking the road. Sergei did not plan to get involved in a scandal, but one girl begged him to stand up and ask the driver to back up. Baryshev talked to the man, it seemed that now the problem would be settled. But as soon as the actor turned away and went to his car, he received a strong blow to the head from behind. The result was concussion, loss of consciousness and an unsuccessful fall onto the asphalt, which led to vertebral damage and fractures. For a year and a half, the star of the series fell out of life. 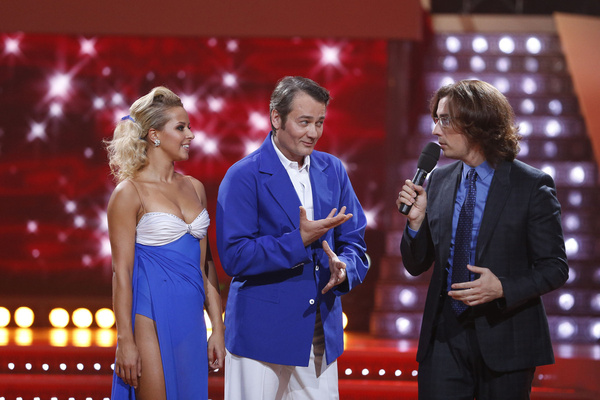 Despite the ban of doctors, Sergey Viktorovich agreed to participate in “Dancing with the Stars”

“Many projects fell off, then loans began. As a “surprise”, when I had not fully recovered, they offered to participate in “Dancing with the Stars.” The doctors forbade support, but I went anyway. I thought for one program, but then it started to spin, ”the actor shared.

Yegor Creed suffers from back pain after being beaten

Although back pain still reminds the artist of an unpleasant event, he prefers to leave the negative in the past. As, however, and previous projects: since 2012, the actor has not starred in the audience’s favorite “Secrets of Investigation”.

“There were no offers to return to the series. I have extremely fond memories of “Secrets”. But, probably, you cannot enter the same river twice, – Baryshev summed up. – I continue to act in other projects, I am constantly busy with the guys in the theater studio. Now my life is going like this. “

Based on materials “Interlocutor“, newokruga.ru.