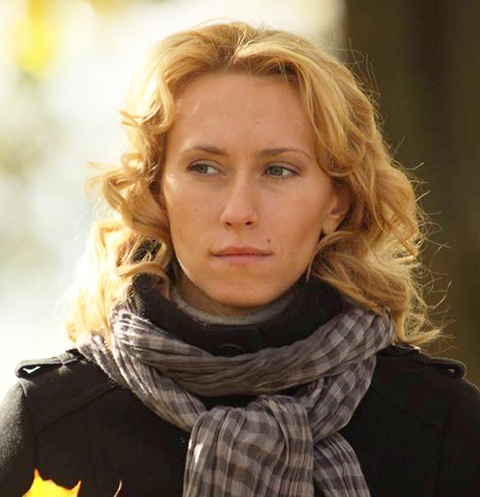 The family of Maria Boltneva is familiar to theater-goers: both parents shone on the stage. So Maria from adolescence dreamed of becoming an actress and walked right towards her goal. The girl managed to move from Novosibirsk to Moscow and get into the troupe of the Mayakovsky Theater, where her father Andrei Boltnev, also known from the TV series “Confrontation” and from the film “My friend Ivan Lapshin”, once served.

In 2008, Andrei Nikolayevich’s daughter also got a starring role: from now on, the audience associated Maria with Anastasia Klimenko from Capercaillie. Later, the actress played in various television projects and toured with an entreprise, but she has not yet been able to overshadow the image of Anastasia in the minds of people.

On October 4, Maria Boltneva turns 37, she is still engaged in creativity, and for the last nine years she has also successfully combined work with raising heirs: in 2011, the artist gave birth to three sons. Why didn’t the mother of many children get married? 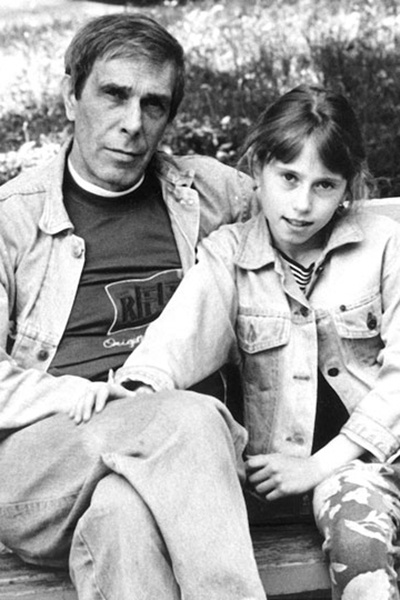 Maria’s dad passed away when she was only 11

Maria’s childhood was spent behind the scenes of the Novosibirsk theater “Red Torch”, where her mother Natalia Mazets played. Dad, Andrei Boltnev, constantly flew to Moscow to shoot, but could not bring his family with him: the capital’s theater gave him only a room in a communal apartment, they could not knock out a full-fledged apartment. The actor died when his daughter was only 11, without waiting for the coveted housing.

After Andrei Nikolaevich left, rumors spread that he suffered from alcoholism. “What can I say? I was little then, but I remember very well: I never saw my father drunk. The fact that a generally healthy person at the age of 49 would instantly die of a stroke – no one expected this, ”Boltneva commented.

Maria was actively involved in volleyball and basketball, but her mother saw her as an acceptance, so she sent her to a ballet studio. Everything fell into place when, during her school years, the girl began to play in the “Red Torch”: although she knew firsthand about all the disadvantages of the acting profession, she could not imagine any other way for herself. The girl did not give up performances even after entering the Novosibirsk Theater School. However, Boltneva did not plan to stay in her hometown for a long time: from an early age she was overwhelmed by the desire to free herself from the care of her family and rush to the capital. So the artist did – at 19 she left for Moscow at the invitation of the Mayakovsky Theater, where her father once served. 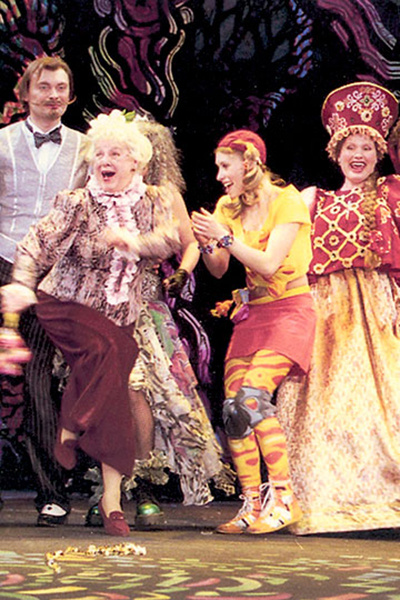 In the early 2000s, Maria made her film debut in the films “Five Bottles of Vodka” and “You Decide”. The actress got episodic roles in the TV series My Fair Nanny, The Silent Witness and Don’t Be Born Beautiful. Long-awaited fame came to Boltneva with the release of Capercaillie, where she played Nastya Klimenko. But at first the artist was offered to be reincarnated on the screen as a minor character – she was approved without samples, but soon the director Guzel Kireeva called back and asked to return to the studio.

“I came to the site, met Denis Rozhkov, played a“ tearful ”scene with him, where he guides my heroine on the right path, and … I was approved! I was very inspired, although the role did not seem interesting. But I never expected the series to run for several seasons, ”Maria admitted.

Hundreds of law enforcement officers became fans of the actress. Proof of this was the unusual case when Boltneva’s bicycle was stolen. Not only were the criminals found, and the vehicle returned, the entire department also begged the artist to give an autograph.

The star of “Capercaillie” Victoria Tarasova was attacked in a supermarket

Subsequently, Maria returned to the role of Klimenko in the New Year’s full-length issue of “Capercaillie” and in the spin-offs “Division” and “Karpov”. Also, the actress appeared in the popular TV series “Bones”, “Mom” and “Doctor Richter”.

For the first time, the actress fell seriously in love at 20 – a man much older than herself. Every evening Maria went to the house of the chosen one and stood under the windows: she waited until the lights went out, wished good night and left. During the day, the artist continued to “spy”, watching the man leave the office, figuring out where to move next, simply because she could not help being close. …

“On my part, it was such a passionate girlish love that simply could not find a response in the soul of a tired, sophisticated person. It didn’t matter to me. In the end, this story tortured me so much that I walked, looking into the sky, and asked: “Lord, please let go, I beg you, I can’t live like this anymore.” And after a while it really let go, ”Boltneva said.

The novels of Alexander Ovechkin before his marriage to Nastasya Shubskaya

The actress had few novels, but when a civil marriage happened, she realized that she wanted to have a family and children. The chosen one was not ready to force events, so that relationship reached a dead end. The artist took a step towards her dream only a few years later, when she ran into Georgy Lezhava at the premiere of her author’s picture “Manic manifestations of Miss Isolde K”. A few moments after they met, George asked why such a beautiful girl was alone.

“I saw his eyelashes fluttering in the air like a cat in Shrek. Add to this the high spirits caused by the success of the director’s debut and a certain degree of alcohol. In general, something clicked in my head quite clearly and flashed through: “This is it,” Maria recalled. 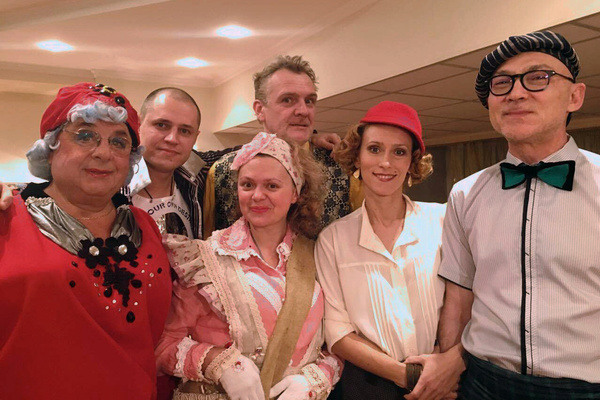 Maria often went on tour, which did not suit George at all

That evening, the actors exchanged phones and said goodbye. A month passed before Georgy made himself felt: he invited Boltneva to his performance at Satyricon. After the theater, the couple had a great time at the restaurant, and it became obvious to both of them that this was not the last date. However, the candy-bouquet period ended very quickly: Maria moved from the hostel to the apartment of the chosen one, and the lovers immediately plunged into everyday life with all its minuses.

The eternal bride: the love story of Anastasia Reshetova and Timati

Lezhava soon showed a harsh character: being a third Georgian, he wanted to remain a leader in relationships and assumed that in the future Maria would abandon her career in favor of her family. Boltneva, on the other hand, continued to work a lot and travel around with entreprise performances. Gosha pestered her with constant calls, but such excessive custody did not suit the freedom-loving actress. A crisis was brewing, but colleagues did not have time to really think about ways out of it – Masha found out that she was pregnant, and from now on, the couple was worried about completely different problems. 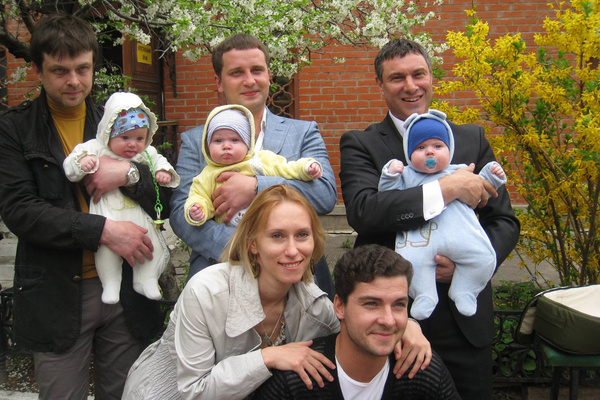 In 2011, Maria Boltneva became the mother of triplets

Both dreamed of a child, it seemed, what else is needed for happiness? But Chatty’s pregnancy was not easy: hormones were playing, my nerves were at the limit, I wanted to hide from everyone so as not to break down. Therefore, one evening she told Gaucher that she would move back to her dormitory. If then Lezhava showed a little tact and realized that the actress just needs a pause in communication, perhaps further relations would have developed differently. But the artist reacted aggressively, and as a result, the woman, tired of scandals, packed her things and left.

Early on, it turned out that the actress was expecting triplets. This is not only a great rarity, but also a huge risk – the doctors of a private clinic warned that half of such pregnancies end in miscarriage, and deviations in children are also possible. Experts recommended making a reduction – an operation to reduce the number of fetuses. Boltneva was horrified, not understanding how to choose which of the future heirs to kill, and resolutely rejected the experts’ proposal. As a result, the doctors refused to take responsibility and ordered the artist to sign up for the district consultation: there any patients must be registered. Maria intuitively felt that everything would be fine with her babies.

She endured everything: the sympathy of others, who believe that triplets are a burden, the cries of a professor of medicine about the risk of birth of invalids … To spite all skeptics, on November 22, 2011, the Capercaillie star gave birth to three healthy sons: Plato, Timofey and Andrey. 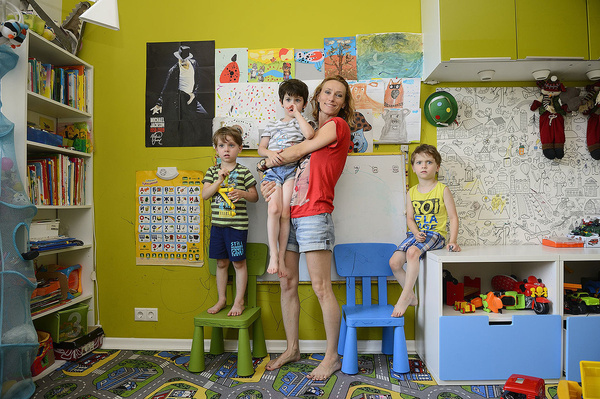 Colleagues tried to give the actress a two-room apartment

Belief in the best continued to help the actress: she quickly regained her strength, in just a couple of weeks she returned to her usual weight of 55 kilograms, learned how to handle the kids, of course, not without the help of her mother and Gosha. But the parents of the boys did not dare to live together – Maria rented an apartment in Moscow, which the theater volunteered to pay.

When the Mayakovsky Theater turned 90 years old, colleagues strove for the actress to be allocated a two-room apartment in a new building. An inspired mother with many children dreamed that one day another child would appear in the house – a girl.

Scandal with a scandal 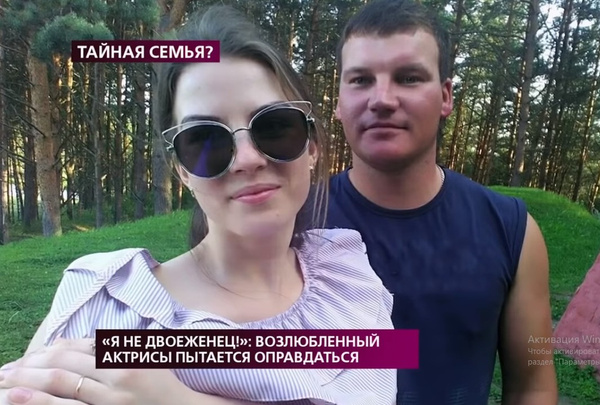 On the show, it turned out that the groom Boltneva has another lover

In an interview, the artist constantly talked about her work and raising children, and kept silent about her affairs of the heart, so her appearance in the studio of the program “Actually” with a statement about the existence of a certain groom came as a surprise to fans. It turned out that even before the birth of the triplets, the actress met with the administrator of the club, Ivan Smirnov. Then they had a short romance, which resumed a few years later. Last summer, the lovers even planned to play a wedding, if not for one thing …

Ivan Zhidkov told why he did not marry Ekaterina Semenova

Maria suspected that the native of Tver was hiding a second family from her. The man assured that he was leaving on a business trip for work, but Boltneva doubted that this was true. In addition, the administrator borrowed a million rubles from the actress for the construction of a common house. Friends of the artist put forward a version that Ivan planned to marry a star, and then divorce and take possession of her property.

“Ivan is the father of my unborn child,” a girl named Zhanna from the Tver region said in the studio. – I knew that Vanya once communicated with Maria, but I did not suspect that they got along. He recently bought an apartment for us for one and a half million rubles. He said that he borrowed most of the money. “ 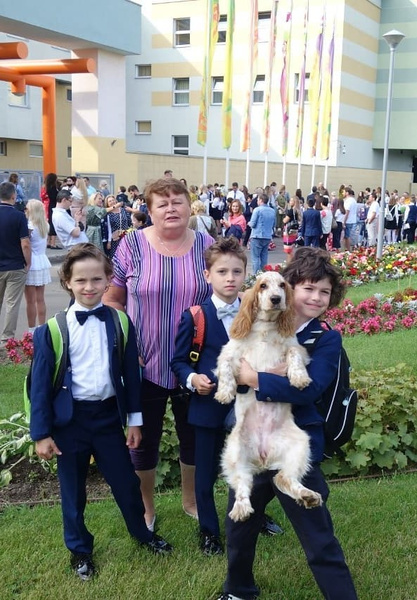 In September, the children of Maria Boltneva went to the third grade

Of course, after this, a wedding with Maria was out of the question. From now on, the actress and the administrator of the club could only be connected with monetary issues, namely, the return of Chatty’s debt of a million.

The main men in the artist’s life are the sons, who this year went to the third grade. Maria does not like to use the word “education” in relation to boys: she prefers to communicate with them on equal terms. Children are engaged in karate, in addition, the artist noted that they have creative inclinations. And the star of “Capercaillie” does not forget about self-development: now she is studying at the higher courses of scriptwriters and directors, and, probably, soon we will be able to see her new works of authorship.

Based on materials “7 days“.