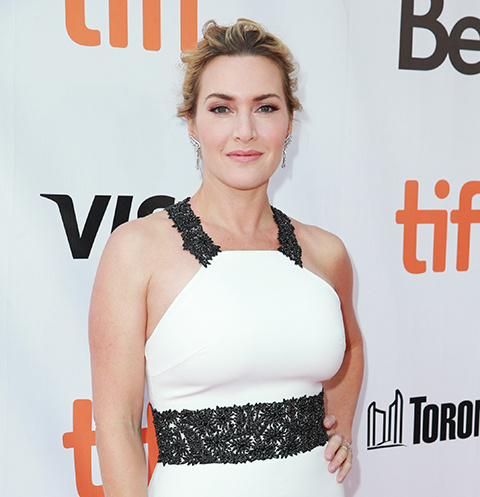 Kate Winslet turns 45 on October 5, but she’s not worried about her age at all. The actress has always been able to accept herself for who she is. Kate spoke more than once about the negative attitude towards plastic surgery, which can radically change the appearance and steal individuality from a person. The Hollywood star also hated diets, however, in this regard, she still had to make concessions: the cruel world of show business did not allow her to relax, because there were more and more young competitors.

Excess weight did not prevent Kate from getting a role in the legendary “Titanic”. James Cameron hired a personal trainer for the actress and begged her to lose a few pounds, but by the end of filming, the girl recovered. As if in revenge for trying to deprive her of her curvaceous forms, Winslet appeared at the premiere of the picture in a tight dress that showed all the imperfections of the figure. Although is it a disadvantage that made the artist different from others? On the birthday of the Hollywood rebel, we recall her extraordinary creative and personal life.

THE DOMESTICATE OF HOLLYWOOD 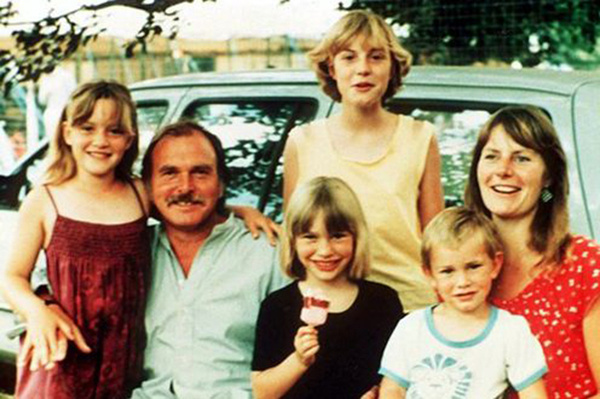 Of the entire Winslet family, only Kate managed to become famous.

For the British Winslet family from Reading, Berkshire, acting has become a hereditary craft. True, neither parents, nor sisters, nor Kate’s brother were able to achieve success in the profession, although they made desperate attempts to become famous on stage and in cinema.

For the first time, Kate Winslet rose to the stage at the age of five, playing an angel in a theatrical production. At 11, the girl entered the acting school in order to comprehend all the basics of her future profession. Few believed that an awkward teenager would break out into the world of big cinema: since childhood, Kate was ridiculed by her peers because of her excess weight, the most innocuous nicknames for her were “donut” and “donut”. 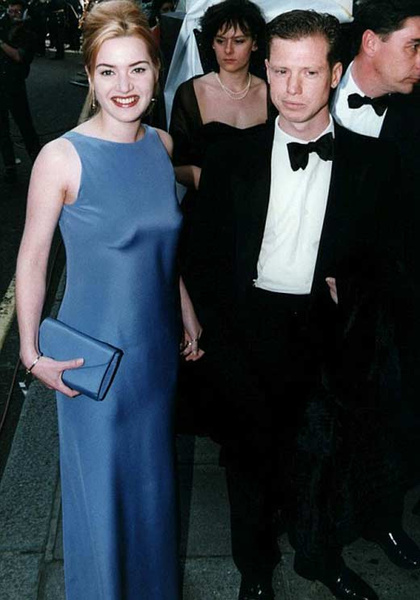 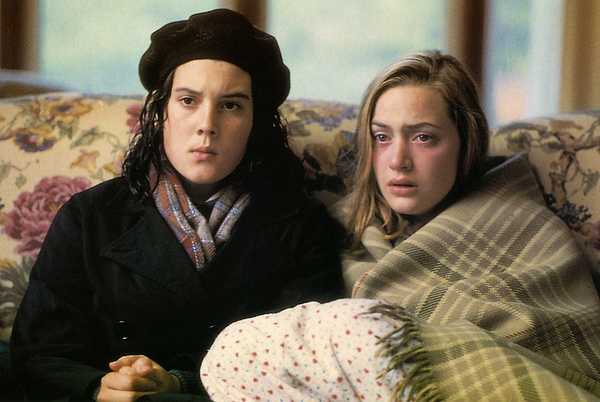 The directors looked at the actress differently, feeling that she had potential. The schoolgirl starred in a commercial for cereal, and got the first ovation from the audience when she played Wendy in the play “Peter Pan”. Since the beginning of the 90s, the artist began to be invited to episodes of serials, for example, in “Dark Season”. On the set, she met her colleague Stephen Tredr, and a romance began between them, which lasted four years. After parting, the couple maintained friendship and continued communication, so Stephen’s death from cancer a couple of years later was a blow for Kate.

Winslet got her first shot of fame thanks to her work with Peter Jackson. 175 applicants auditioned for the role of Juliet Hume in the psychological drama “Celestial Creatures”, but Jackson chose Kate. This film had everything: the incitement to murder, and youthful love, and spicy scenes. The picture brought the 18-year-old girl an award from the London Film Critics Society. Years later, the artist admitted that she faced male harassment on the set, albeit not physical: the operator allowed himself to say vulgarity when filming an episode with half-naked actresses. 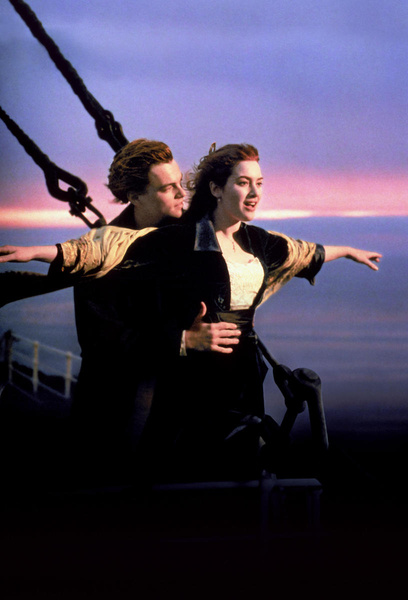 The movie “Titanic” has become a legend

The actress performed her next striking role in the film Sense and Sensibility based on the novel by Jane Austen. Kate got the character of Marianna, and her older sister was played by Emma Thompson. The joint work of the artists marked the beginning of their long and strong friendship. In addition, Winslet received a BAFTA and an Oscar nomination.

However, all these successes seemed like a drop in the ocean, when world fame fell upon Kate after the premiere of “Titanic”. In fact, James Cameron was looking for an actress of a completely different type: fragile, like Audrey Hepburn, but Winslet’s persistence and talent took their toll. Of course, the director insisted that the artist lose weight. Even then, the girl stated that diets make her unhappy, and she called Hollywood stereotypes about a figure with parameters 90-60-90 offensive and absurd.

Bald and flabby: what has become the actor who played the rich groom Rose in “Titanic”

Star status allowed the actress to choose roles on her own, but this did not save her from mistakes: later, Kate regretted that she refused to shoot in the Oscar-winning “Shakespeare in Love”. However, having missed a bright character, Winslet found something more valuable. Through her participation in the passage film Express to Marrakech, she met James Tripleton, who became her husband and father to her daughter Mia. 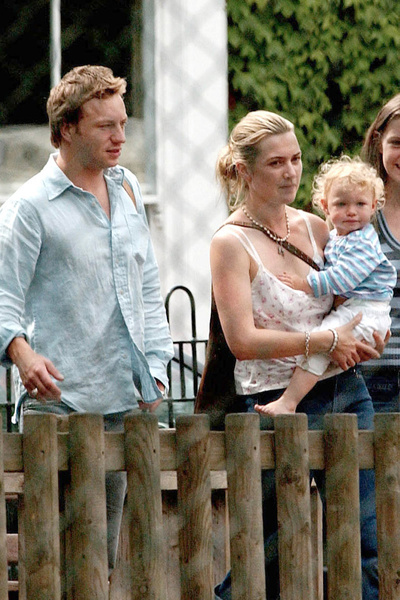 A year after the birth of their daughter, Kate and James divorced

It was an unequal marriage: a little-known director and actress who had already conquered Hollywood. Reporters exacerbated the situation by asking uncomfortable questions about each spouse’s fees. Relationship tensions grew, and a year after the birth of their daughter, Kate and James divorced. One could afford to become limp and depressed, but Winslet preferred to plunge into work. A good consolation was the starring role in Iris, which earned her an Oscar nomination.

However, it cannot be denied that the beginning of the 2000s turned out to be difficult: I had to go on a hated diet in order to lose the weight gained after childbirth, there was almost no free time, because Mia demanded attention, and she did not want to give up her career … But from the invitation of her old friend Emma Thompson to the barbecue Kate could not refuse. Among the guests of the friend was director Sam Mendes. Well-read, successful, charming – in a couple of hours he won Winslet’s sympathy and made her forget about pressing problems. 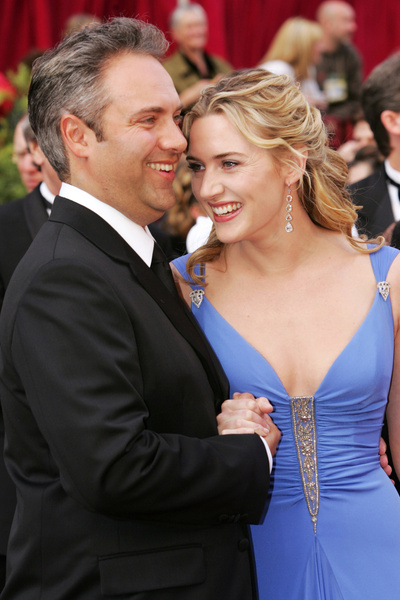 In the spring of 2003, the lovers secretly got married, and in December they became the parents of their son Joe. The family settled in New York in Sam’s luxurious apartment. The actress has not felt so happy for a long time: Mendes surrounded her with attention and care, but at the same time did not forbid her to act. Next to him, she performed her best roles: Clementine in “Eternal Sunshine of the Spotless Mind” and Hannah in “The Reader.” For the first, the artist was nominated for an Oscar, and for the second she received the coveted statuette.

The director made an unforgivable mistake by inviting Kate to his film “Road to Change”. At first it seemed like a gift of fate: once again Winslet played in tandem with a close friend of Leonardo DiCaprio. The plot was interesting, telling how the marriage of loving people is gradually sliding into the abyss. But her husband’s behavior on the set was an unpleasant surprise – on the set, Sam turned into a tyrant, so that by the end of the work the artist felt completely devastated. The feeling of hopelessness seemed to flow from the screen into reality – the relationship of the spouses cracked. 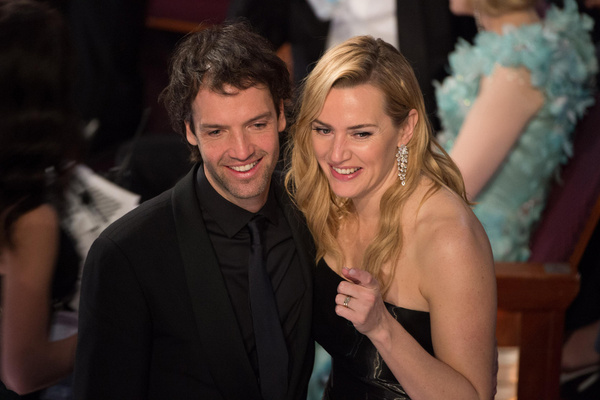 And although Mendes had previously assured that in the event of a crisis he would rush to save the marriage, he did not keep his promise. The husband moved away from the actress, became gloomy and cold. The enthusiasm on his face manifested itself only during the collaboration with the beautiful Rebecca Hall. When Winslet filed for divorce in 2010, no one doubted that the reason was Sam’s betrayal with a new favorite. Someone added to the situation and DiCaprio, although Kate was already tired of repeating that they are connected only by strong friendship. A year later, doubts were dispelled: the director stopped hiding his affair with Rebecca.

Winslet did not enjoy freedom for long – in August 2011, while vacationing on Necker Island, she met millionaire Ned Rocknroll. A year later, all of Hollywood was talking about their whirlwind romance. In December 2012, the lovers got married, and in 2013 their son Bear was born.

RUMORS OF DIVORCE AND CRITICISM OF APPEARANCE 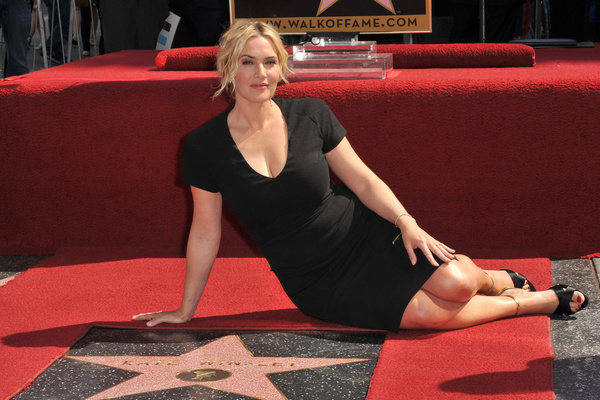 New births – new conversations about weight gain. In 2014, Kate flew to Los Angeles on a joyful occasion: she was awarded a star on the Walk of Fame. One could admire the merits of the actress, discuss her role in the Versailles Romance, congratulate her on the recent birth of her son, but the main theme of the day was Winslet’s appearance. Of course, the artist’s hairstyle looked elegant, the modest black dress and stilettos were also approved by those around her, but the extra pounds that were evident thanks to the tight outfit upset the fans. Although what did they expect from a woman who was always proud of her magnificent forms and even sued publications that retouched her photos?

“I’m not going to waste precious time worrying about my ass! This is ridiculous. Life is one and very short – so much has to be done! I want to raise and educate children and get as much pleasure out of life as possible, and not worry about how flat my stomach is, “Kate defended her beliefs.

Oddly enough, a year later, the very people who criticized Winslet for being overweight pounced on her with just the opposite accusations. At the premiere of the film “A Little Chaos” in New York, all eyes were directed towards the mother of many children, who lost at least 10 kilograms and became noticeably younger. Inquiries about liposuction and a facelift immediately began, which angered the actress to the core.

“I don’t have body parts that I hate, or that I would like to exchange for someone else, or surgically adapt to some fantastic version of what they are,” said the star earlier about the operations. 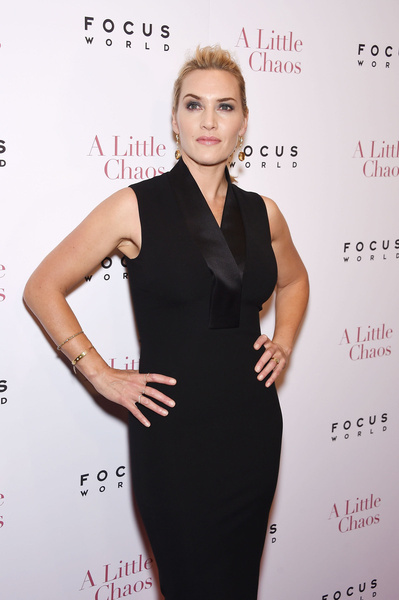 In just a year, Winslet lost at least 10 kilograms

Probably, the actress just used the services of a beautician and made a couple of “beauty injections.” As for losing weight, Kate tried to eat right, but without undue restrictions, and also arranged home workouts, because no matter how she supported the supporters of body positivity, such is the share of artists – to remain competitive, especially when there are a lot of younger applicants for roles around.

Winslet has proven her strength in starlets with Revenge Haute Couture or The Dressmaker. The thinner Kate looked great in fashionable outfits. However, critics praised the other work of the artist – in the film “Steve Jobs”. A minor role brought the star another Golden Globe. 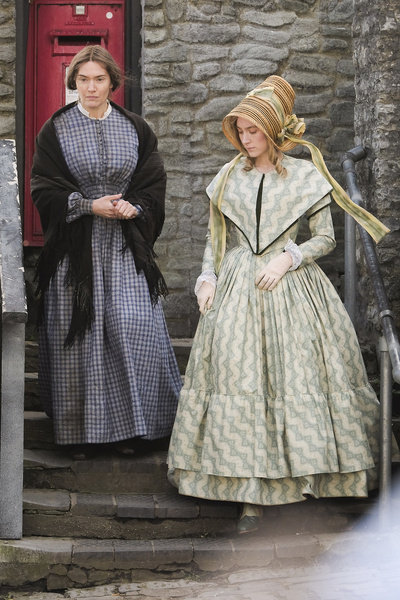 A new picture with the actress “Ammonite” will be released soon

“Phantom Beauty”, “Wheel of Wonders” – Winslet had a lot of work, which provoked rumors of discord in her family. Ned stayed with his children in England while his wife worked on the set in Hollywood. According to friends, it was not this that caused the quarrels between lovers, but the immaturity of Rocknroll. Behind his back, those around him called him the fourth child of Kate, they said that because of his irresponsibility, the man even lost his job in the company of his billionaire uncle.

Kate Winslet is preparing to divorce her husband

The speculations of an impending divorce have not materialized: in recent interviews, Winslet still calls himself a married woman. However, Kate did not share news about her wife for a long time, unlike her creative plans. So, soon a new picture with the actress “Ammonite” will be released on the screens, on which the authors have high hopes. Who knows, maybe another Oscar awaits the star?

Based on materials Vanity fair, “7 days“.