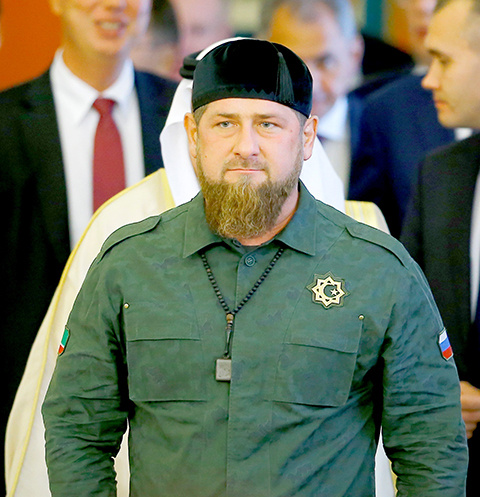 On October 5, Ramzan Akhmatovich turns 44, and Grozny, to whom the statesman devoted his life, celebrates his 202nd birthday. Kadyrov is one of the brightest and most controversial figures in Russian politics. How did he achieve enormous influence and how did he earn the attention of the world community?

RIGHT HAND OF THE PRESIDENT OF THE REPUBLIC

Ramzan was born in the village of Tsentaroy in the family of Akhmat Kadyrov. The future first president of the Republic of Chechnya was then 25 years old. The boy is the youngest child of Akhmat Abdulkhamidovich: two sisters and an older brother Zelimkhan were already growing up in the house.

Was the life of the son of the future president of Chechnya different from the life of other townspeople? Like all local children, Ramzan went to a village school, in addition, he studied horseback riding in parallel. The child grew up a fighter, from an early age boldly defending his own opinion in front of his peers. Good sports training helped him to come out of conflicts as a winner. 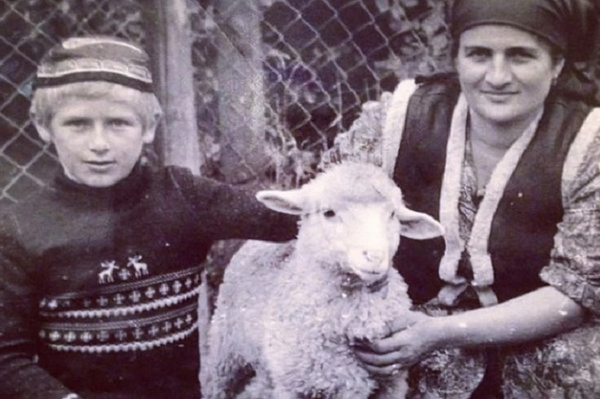 Ramzan Kadyrov with his mother

“Amateur sports are a part of my life. This is not a tribute to fashion, not a new hobby. I trained since childhood. I used the means at hand: a bar made of car disks, a pear in the form of a bucket filled with stones, gloves stuffed with sawdust, ”Kadyrov said in his microblog. 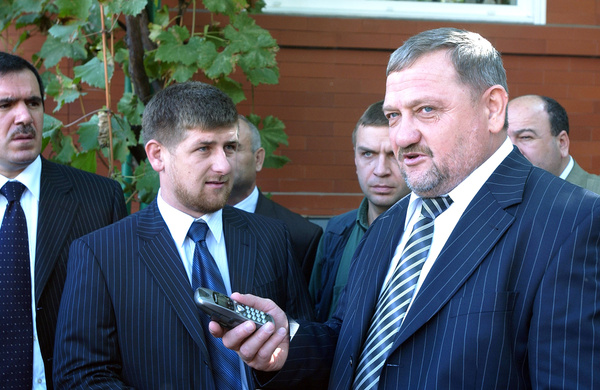 In the early 90s, Ramzan Akhmatovich graduated from high school, but his admission to the university had to be postponed due to the outbreak of the First Chechen War. In 1996, the young man became an assistant and bodyguard to his father, who at that moment was the elected mufti of the unrecognized Ichkeria. The authority of the parent for Kadyrov Jr. was indisputable, in turn, Akhmat Abdulkhamidovich unconditionally trusted the heir. So in 2000, when Akhmat-Khadzhi decided to build a new Chechnya together with Russia, his son headed the security service as his right hand.

In October 2003, Akhmat Kadyrov became the first president of the Chechen Republic, gaining 80 percent of the citizens’ votes. Ramzan continued to work on the formation of the security service, and also received the post of assistant to the Minister of Internal Affairs. In parallel, the son of the head of the republic took part in special operations against illegal armed groups, for which he was awarded the Order of Courage.

On May 9, 2004, Victory Day was celebrated at the Dynamo stadium in the center of Grozny. The heads of political departments and military commanders gathered on the VIP platform, of course, among them was the head of Chechnya, Akhmat Kadyrov. He gave a speech, and then continued to observe the solemn event … At 10:32 am in the midst of the concert, an explosion thundered. Despite a lot of conflicting information that came in the next hours, it later became known that the leader died on the way to the hospital in an ambulance.

Almost immediately after the incident, Vladimir Putin met with Ramzan to personally express his condolences. “Kadyrov passed away on May 9, the day of our national holiday, Victory Day, and left undefeated,” Vladimir Vladimirovich said. 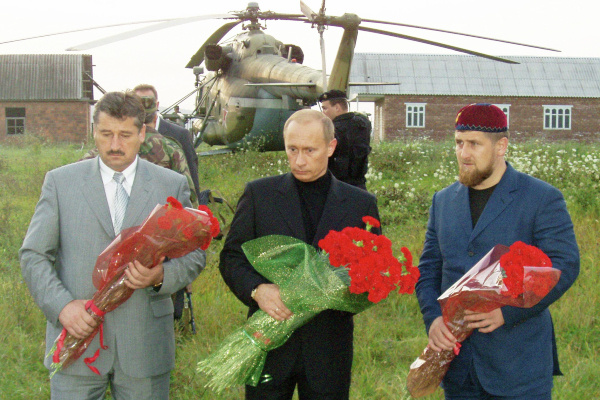 “I asked my father not to leave for the holidays:“ There is the Minister of Internal Affairs, they will hold a parade without you. Why risk it? ” He said: “Ramzan, death will come at any time, wherever you are – in Moscow or Grozny. I’ll go there. If death awaits me there, this cannot be avoided. ” Then he called me on May 8 at about nine in the evening from Grozny. I asked what he was doing. He answered: “Here we are sitting at the table with Khusein Isaev and Taus Dzhabrailov and eating.” I wished them bon appetite and said goodbye as usual. It turned out that forever, ”Ramzan shared.

A few days later, Kadyrov Jr. was appointed Deputy Prime Minister of Chechnya. Has the attitude of the people towards him changed? “The bandits are afraid of me. Fighting crime is the main task that Akhmat Kadyrov has set for us. And I will not stop doing it, no matter who says anything. And ordinary people have nothing to fear from me, – Ramzan emphasized. – They treated me and treat me normally, with respect. Thousands attended my father’s funeral. Isn’t this proof that the Kadyrovs are treated well in Chechnya? ”

Many wanted to further his promotion as a follower of his father. The State Council of the republic appealed to Vladimir Putin with a request to support the candidacy of deputy prime minister in the presidential elections, despite the fact that, according to the constitution, the young politician has not yet reached the age at which he can run for office. Ramzan Akhmatovich noted that the State Council did not coordinate these actions with him. 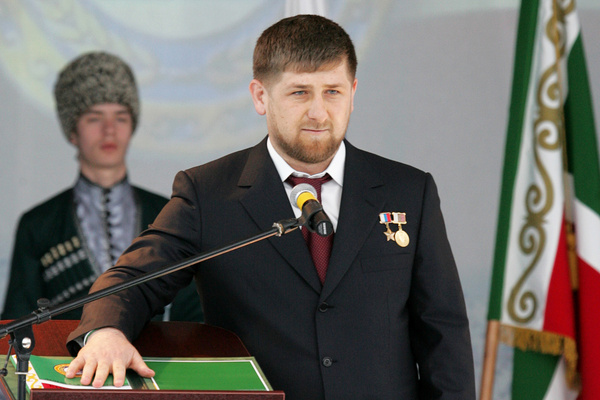 In 2007, Ramzan Kadyrov was elected President of Chechnya

Since 2004, Ramzan Akhmatovich has decided to actively fill the gaps in education: he graduated with honors from the Makhachkala Institute of Business and Law, became a student of the Russian Academy of Civil Service under the President of the Russian Federation. In 2006, he defended his thesis for a candidate’s degree in economics and was elected an honorary member of the Academy of Sciences of the Chechen Republic.

In 2006, he was nominated for the post of chairman of the government, emphasizing that Akhmat Kadyrov’s son is, in fact, already the acting prime minister, having proved in several years his ability to manage not only the security structures, but also the economy. Under him, sports complexes, hospitals, mosques were built, roads were repaired and avenues were reconstructed, and at an amazing speed.

Personal life of the president

By 2007, Kadyrov’s authority had grown so much that 56 out of 58 deputies of the Chechen parliament supported his candidacy for the presidency of Chechnya. With the beginning of the reign of Ramzan Akhmatovich, the people felt the long-awaited peace: the number of terrorist attacks sharply decreased by 72.5 percent, and the large-scale renovation of Grozny continued. Later, the post was transformed into the head of the republic, because, according to a politician who respected the central government, there can be only one president in the country. 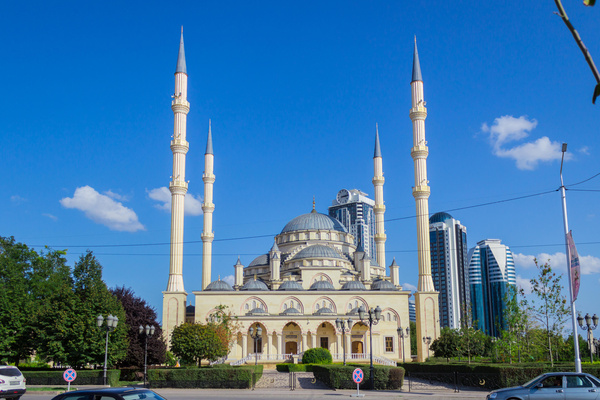 Under Kadyrov, the “Heart of Chechnya” mosque opened in Grozny

And although contradictory information appeared regularly that Kadyrov’s supporters were using harsh methods in an effort to achieve order, in the spring of 2008 the Commissioner of the Council of Europe Thomas Hammarberg stated that much has changed for the better in Chechnya in the field of human rights, and the transformation of the republic is obvious to its guests …

The politician impressed the locals by the fact that he demonstrated deep religiosity. During his reign, the “Heart of Chechnya” mosque, the Russian Islamic University, and schools of hafiz — the keepers of the Koran, who memorize the text, were opened. Kadyrov’s nephew Abubakar became one of the representatives of this school.

Helicopters with rose petals and lezginka from the head of Chechnya. Ramzan Kadyrov arranged a magnificent wedding for his nephew

Both in 2011 and in 2016, Ramzan Akhmatovich was unanimously approved for the post of head of Chechnya. So, according to official data, four years ago he won with a result of 97 percent of the vote. The politician noted that Vladimir Putin played an important role in his fate. “He is my idol, my ideal, the savior of the nation and our people,” Kadyrov emphasized at the beginning of his career. 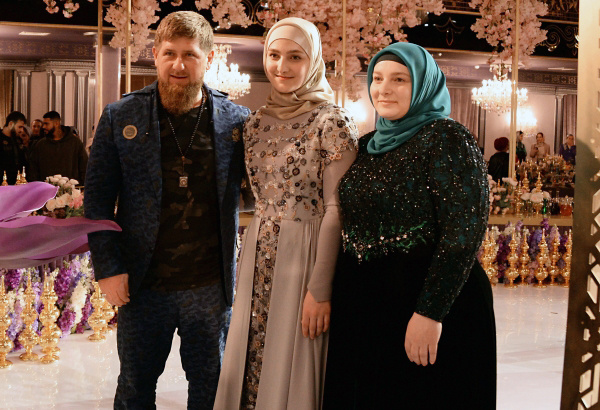 But what do we know about the family and hobbies of the head of Chechnya?

Kadyrov’s eldest daughter reveals the secret of a strong marriage

Back in his school years, Ramzan was imbued with feelings for fellow villager Medni Aidamirova. Their story began very romantic: the young man stood for hours in front of the house of the chosen one, hoping for a chance meeting. The girl ignored the courtship for a long time, and when she finally reciprocated, Kadyrov gave her a bouquet of rare mountain edelweiss as a sign of endless love. The young people played a modest wedding in the mid-90s.

“A woman should create a family, not a husband. If she helps, does not make you nervous – both in work and in life – it is always a great support, – said the politician in the program “New Russian Sensations” on NTV. – I am grateful to fate, the Almighty, that I found my soul mate in the person of Medni Musaevna. 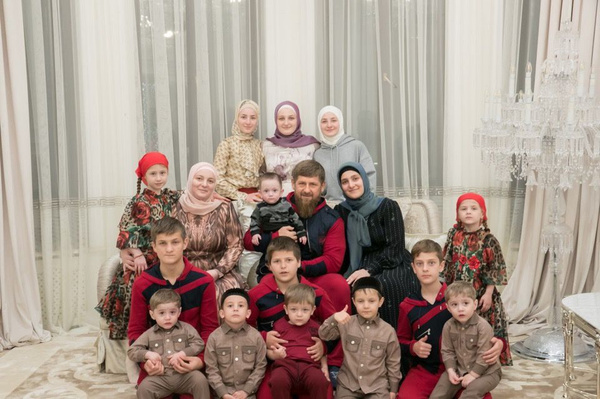 Ramzan Kadyrov with his wife Medni and all the children

Muslims can have four wives, but Ramzan Akhmatovich limited himself to one, although the devotee Medni noted: if the husband wants to take another wife, she will accept it. “I love my wife very much, although it is not customary for us to say this. I respect her very much. I say this with pride, for the public, so that they know that love is not going to a movie or a restaurant together, ”Kadyrov stressed. “If I didn’t love my wife, I wouldn’t allow her to have children.”

And the couple had a lot of heirs: four boys and six girls, in addition, in 2007, Kadyrov adopted two orphans. The eldest daughter of the politician, Aishat, is known as the head of the Firdaws fashion house. In February, she brought to Paris a collection of clothes “The Story of Love”, the inspiration for which was the very edelweiss that her father once presented to her mother. Khutmat Kadyrova had completely different interests. From adolescence, she was fond of farming, and by the age of 17 she began to supply cattle to markets and give part of the profit from the farm to those in need.

The children inherited a love of sports from their father, and parents can be proud of their success in this field. So, last month, Akhmad, Eli and Adam Kadyrov won the Grozny boxing tournament. Ramzan Akhmatovich himself regularly trains in the gym and promotes a healthy lifestyle in social networks. By the way, the politician even met two birthdays at the tournaments of the Akhmat club. 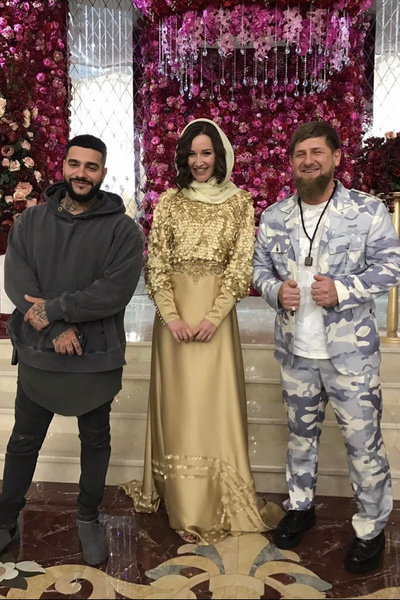 In general, holidays are a separate topic for the head of Chechnya. On October 5, the republic celebrates both the Day of Grozny and Kadyrov’s birthdays. In 2011, the politician announced in advance that he was refusing his own celebration in honor of the anniversary and did not accept presents. But Ramzan Akhmatovich made a gift to his fellow countrymen, inviting actors Jean-Claude Van Damme and Hilary Swank, as well as the famous violinist Vanessa May, to the citywide event.

In 2017, on the 199th anniversary of Grozny, 199 weddings were played in the city, the festive program was hosted by Nikolai Baskov and Igor Vernik, and Valeria, Joseph Prigogine, Timati and Anastasia Reshetova were the honored guests of the celebration. Note that many stars support warm relations with Kadyrov. So, in 2018, Olga Buzova specially flew to Chechnya to congratulate the politician on his birthday.

Many people wonder what Kadyrov is fond of besides sports. The politician is known for his love of cars, racehorses and exotic animals. In addition, Ramzan Akhmatovich is engaged in gardening and more than once proudly demonstrated a rich harvest from his own garden. 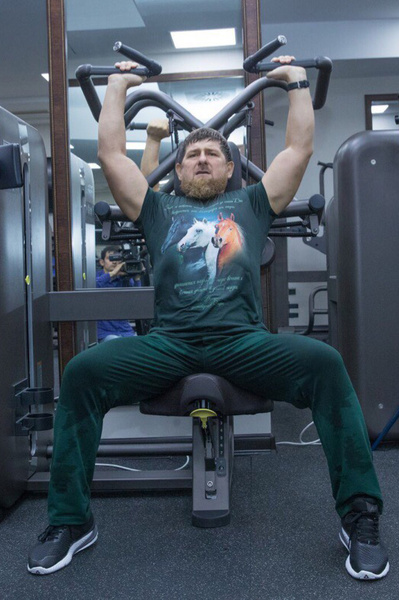 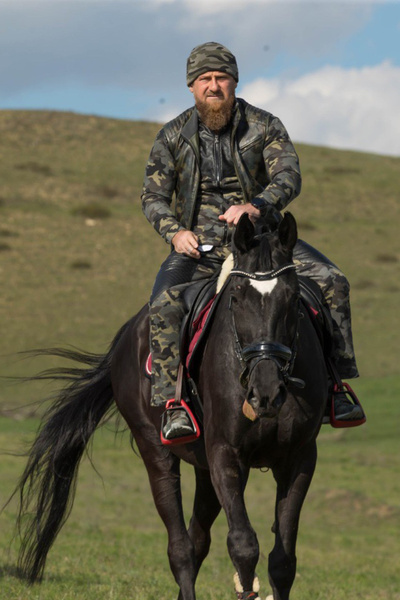 The politician is known for his love of racehorses

“I love to be engaged in agriculture and animal husbandry. And if it were not for the hard work in the civil service and the schedule that is not scheduled by the minute, he would be an avid gardener. My ancestors instilled in me a love for agriculture, ”noted Kadyrov.

The absence of bad habits and regular exercise ensured excellent health policy. Recently, however, it has not been without cause for concern: in May, rumors spread that Ramzan Kadyrov was hospitalized with suspected coronavirus. A few days later, the head of Chechnya commented that there was no reason to worry, and he was absolutely healthy. To the delight of his followers, the politician continues to actively participate in the life of the republic.