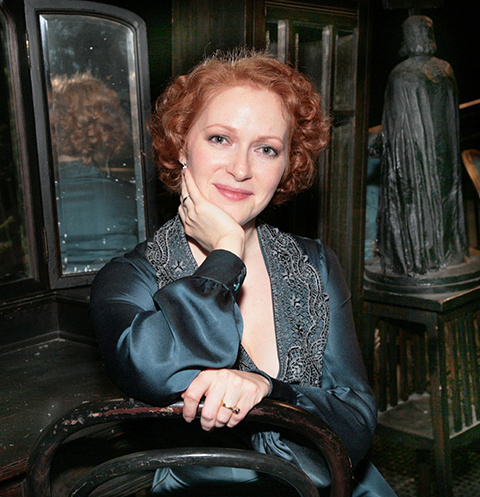 Redhead, freckled, excellent pupil – during her school years, Natalya Rogozhkina did not enjoy success with the boys. Interest in her person was limited to humorous comments and mockery. And then the “ugly duckling” turned into a beautiful swan, such that he could win the heart of an experienced man and famous artist Andrei Panin.

So she was perceived by society – as a young wife, and then – Panin’s widow. But after the funeral of Andrei Vladimirovich, unpleasant rumors spread about the actress. Someone said that she parted with her husband long before his death, others insisted that Rogozhkina was trying to sue her husband’s parents for the inheritance owed to them by right. Natalya did not react to gossip, did not give interviews, so it was possible to find out about her fate only through friends and acquaintances.

On October 21, the artist turns 46, which is not a lot by modern standards. So did the attractive actress find the second half seven years after the death of her beloved husband, or did she decide to put an end to her personal life? 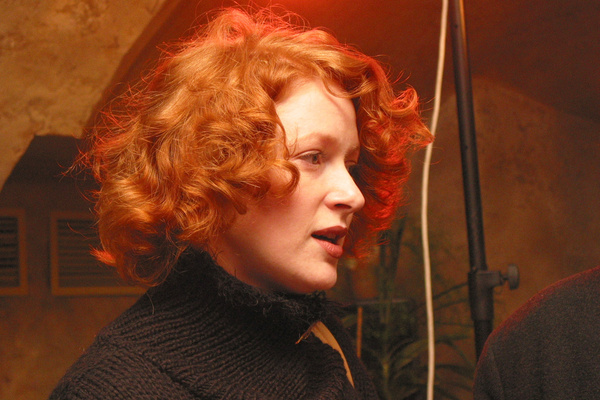 Natalia was born in Moscow, and spent her childhood in Bulgaria, where her father, journalist Sergei Rogozhkin, worked. From a young age, Natasha was interested in theater and cinema, but she intended to enter a medical school, as her parents advised. At the last moment, the girl showed stubbornness and, despite the fact that relatives were against, took the documents to the Moscow Art Theater School.

To the surprise of the relatives, Rogozhkina was easily accepted into the university. Who then would have thought that the decision to enter the theater would affect not only the future career, but also the girl’s personal life? At the invitation of Dmitry Brusnikin, Andrei Panin came to the Studio School as an assistant-teacher to stage the play “The Marriage of Balzaminov”.

“He ran around the audience, in general he was a clot of some kind of unthinkable energy. I did not feel love at first sight, but it was impossible not to notice such a person, – Rogozhkina recalled. – What kind of emotions Andrei felt at that moment in relation to me, I do not know, but I fell under his close male attention. 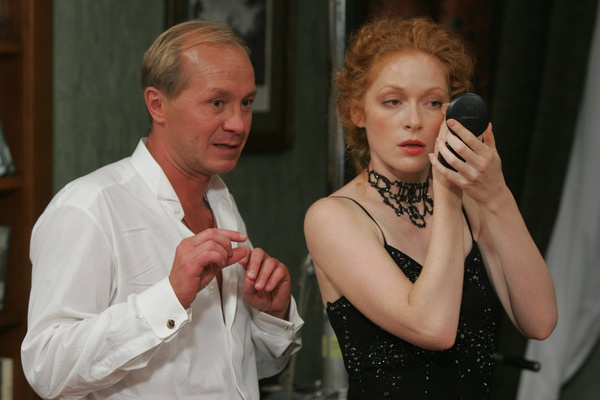 During her studies Rogozhkina met Panin

According to the assumption of the actress, Panin could notice her due to the unusual red hair color. One way or another, then the artists limited themselves to only rare communication on work issues. Once again, fate brought them together, when in the third year Rogozhkina was offered a role in “Undine” at the Moscow Art Theater. Andrey Vladimirovich took part in the play and volunteered to help Natalya at the introductory rehearsals. The girl was increasingly fascinated by the talent and charm of her older colleague. Seeing the play with him “Death number” – she disappeared.

“Over time, I realized that I was dying under a very clear sight of Panin’s optical rifle, which made the final shot. It’s just that Andrei somehow miraculously began to constantly appear around me – behind the scenes, in the dining room, at rehearsals and banquets, ”the actress said. 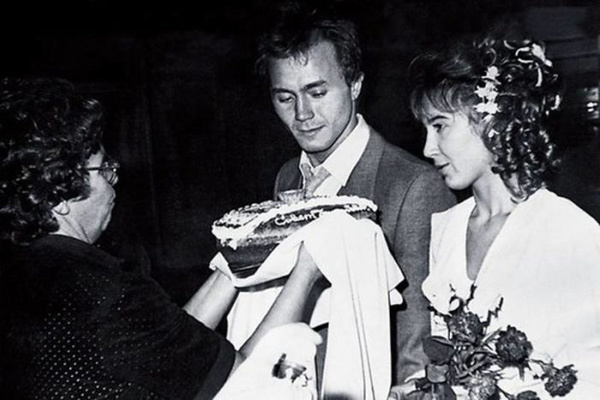 Andrey Vladimirovich has an unsuccessful marriage with Tatyana Frantsuzova

Panin was not a teacher in the classical performance: he attended student parties, relaxed with Natalia’s friends, drank in the company of her classmates. In an atmosphere of friendly fun, the girl spent the entire fourth year. At the same time, Andrei Vladimirovich began to take care of the actress in an original way – a man gifted with artistic talent drew small, meaningful pictures of love with passions. Finally, the moment came when it became obvious to both that it was useless to resist feelings.

However, there were as many as two obstacles to reunification: Natalya met with a classmate, and Panin was not free. As baggage, the artist was left with an unsuccessful alliance with the daughter of the party chief Tatyana Frantsuzova. Tatiana’s parents did not accept the poor actor into the family, the heiress Nadia was brought up mainly by her grandmother because of the constant employment of Andrei Vladimirovich – in general, the experience is absolutely joyless. And now, for the sake of Rogozhkina, the man who had managed to become disillusioned with the institution of marriage had to turn himself around. 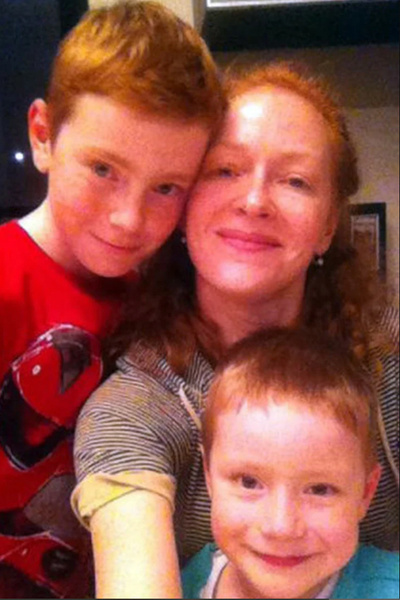 The actors settled in a hostel, then moved to a one-room apartment. Rogozhkina’s first-born Sasha was born when the artists had not yet signed. They got married shortly before the birth of their second son, Petya.

“Our relationship categorically did not fit the model of family life that I had considered the norm since childhood. The image of a man that filled my imagination before meeting Panin was associated with my father. And dad is an intelligent, delicate, balanced person, very respectful, gentle and gentle towards a woman. And all that I received in Andrei did not in any way intersect with this type. Insanely impulsive, he behaved in his own way, spoke in the language that was convenient for him, without looking back once again whether a woman was sitting at the table or not, ”Natalya admitted.

How did they get along under the same roof: the harsh, hot-tempered, categorical Panin and the vulnerable Rogozhkina? According to the actress, at first everything was based on passion and feelings, nothing irritated or offended her. However, Andrei Vladimirovich did not know how to compromise and remained true to his habits, even if they infuriated his spouse. In everyday life, he turned out to be unbearable: they say, if you want to live in a clean apartment, clean it, but don’t force me, if you consider it necessary to warn me, if you stay late at work, let me know, but I won’t.

“I tried to make some claims, explain what is in my heart. But I ran into a wall of misunderstanding. And then I just ignored the problem. Fortunately, by this moment I already had my own bedroom with my own bed, which I always have in the form in which I want to see it, ”the artist emphasized. 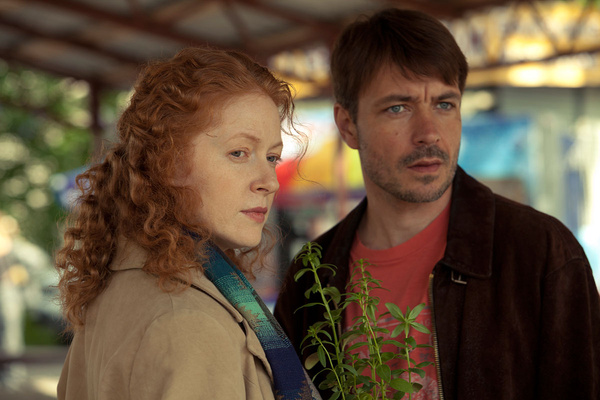 The actress starred in series, although Andrei Panin remained the main star in the family 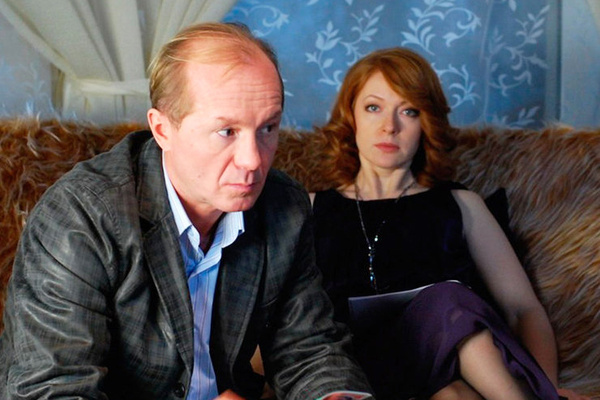 Spouses in the project “Zhmurov-2”

Professionally, the actors were also too different to follow each other’s advice: Panin could squeeze the maximum out of himself on stage if he was under pressure, Rogozhkina needed encouragement and approval, and if she felt squeezed into a corner, on the contrary, she was lost. At the same time, although Andrei Vladimirovich remained the main star of the family, Natalya was making progress: she became a laureate of the theatrical prize “The Seagull”, appeared in the TV series “Kamenskaya”, “Turkish March”, “Truckers”, played Anna Odintsova in the film adaptation of the novel “Fathers and Sons” … Together with her husband, she appeared in the second season of the Zhurov project.

Despite everyday difficulties, Rogozhkina did not consider her husband an egoist and insisted that she felt his love. “For Andrey, family is the only thing that he actually has and where his efforts are directed. For all his peculiarities, everything he does is for us. And everything that we have was created by Andrey, ”the actress noted.

“Genes can’t be fooled”: Andrei Panin’s son got his first job in cinema

He was an amazing father, because to some extent he remained a child: he happily played catch-up with the children, fought with pillows, frightened from around the corner, rode a horse … in between filming. So, working on “Sherlock Holmes”, the actor spent almost nine months in St. Petersburg. However, if it was a day off, Panin flew to Moscow to his family in order to be with loved ones at least for a few hours. If the artist knew how little time fate has measured for him … 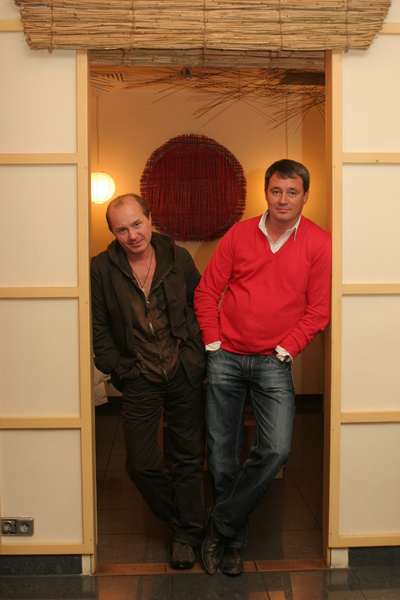 Sometimes Panin was so tired at work that instead of talking with his family he preferred to be alone in an empty apartment in a house on Balaklavsky Prospekt. There, on March 7, 2013, the actor was discovered by a close friend and partner in the Parus film company, Gennady Rusin. A long investigation began, and as a result of a number of examinations it turned out: shortly before the tragedy, Andrei Vladimirovich drank alcohol, fell unsuccessfully, hit his head and died of blood loss.

The case was closed due to the absence of a crime event, but Panin’s friends still do not believe the official version of the investigation. So, many noted that the artist did not have serious problems with alcohol, he drank more for the soul and rarely. In addition, the actor monitored his health, ate right, and did gymnastics. If the star of the “Brigade” was killed, then the motive is not clear: Andrei Vladimirovich never invited random passers-by into the house, did not tolerate familiarity, did not borrow and did not give in principle. How can one explain the things scattered around the apartment and the scratches on the hands of the deceased? ..

Accident or murder: how did Andrei Panin die?

Not only the mysterious death of her husband was a test for Natalia. What they did not say about her after the funeral: and that for the last couple of years the couple had not lived together, and that because of the division of the inheritance, Rogozhkina quarreled with Panin’s parents.

“What nonsense. We immediately abandoned Andryushka’s inheritance in favor of Natasha. She knows better how to make sure that Sasha and Petit have everything. And my wife and I have enough pension. The only thing I really would like is to see my grandchildren more often. This is all that we have left of our son, ”Panin’s father commented on the gossip. 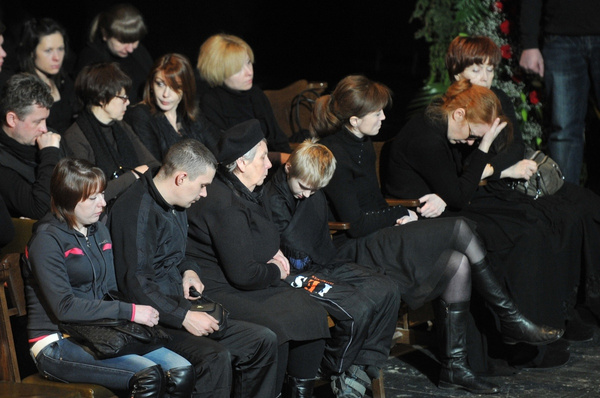 The death of her husband was the main test for Natalia

Although the talk that the relationship between the spouses was at least several months old did not subside, judging by the last interview Natalya gave shortly before Panin’s death, she remained his wife until the last. The only thing the actress complained about then was the lack of fulfillment in the profession. She noted that the role of the mother is always a priority, but the time has come to return to active work, with which Andrei Vladimirovich agreed. “The freedom that he gives himself, he also gives me. Andrei does not treat me as his property, ”Rogozhkina stressed.

In light of the tragic events, returning to active acting has also become a distraction. She played in the theater, starred in the TV series “Embracing the Sky”, “The Chocolate Factory”, “Sleepers” and “Former”. But did the widow decide on a new relationship? 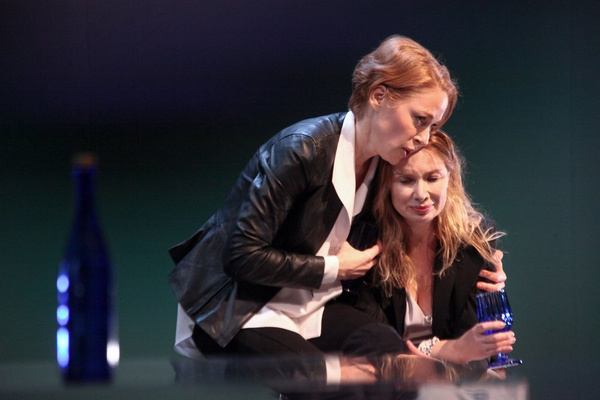 Even before the death of her husband, the actress spoke of her desire to play more often on stage and in films. 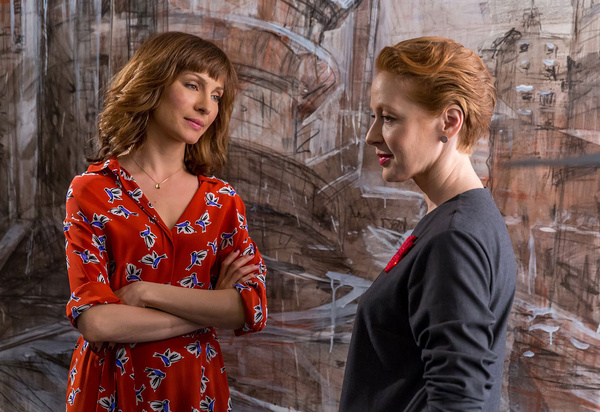 Three years ago, Panin’s parents said that they hinted to Natalya: they do not mind if a woman finds new love, and boys need a man’s upbringing. In response, the actress only said nothing. “At one time we thought that Gena Rusin was courting Natasha, the former director of Andrei,” said Vladimir Panin. – He is a good man – he always helped her in everything. Boys, again, promised not to leave. Therefore, we did not mind if they agreed. But then it turned out that Natasha and Gena were just friends. Besides, he has a wife. “

Recently, Daria Yurskaya clarified the situation: her children are friends with Rogozhkina’s heirs, together they often go on vacation with their families in Bulgaria. “I am glad that Natasha is not alone now, she has a man! And this is not Gennady Rusin at all, as the newspapers wrote funny, but another person. But this is not my secret, so I will not disclose it, – shared Daria. – We celebrated the New Year with Natasha’s family. After her husband left, she changed a lot. And not only because she cut her hair and outwardly became different. Now she is more strict, restrained. God forbid to experience what has fallen to her lot. “