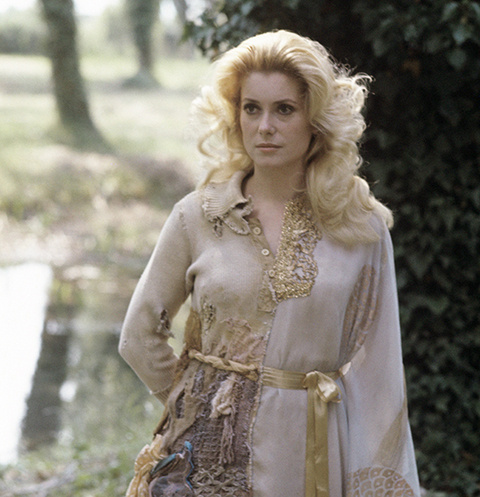 Catherine Deneuve turns 77 on October 22, but she has never been intimidated by the numbers in her passport. “I understand perfectly well that I am not young. So what? I’m a fatalist! Of course, I try to fight age where possible, but when I notice a new wrinkle, I do not despair at all, ”the French star assured.

Katrin did not consider herself beautiful, while the audience and directors could not take their eyes off her. Self-sufficiency, love of freedom and restraint in communication brought the actress the nickname “The Snow Queen”. Was the artist adored by such passionate men as Marcello Mastroianni and Roger Vadim was cold and tough?

No less exciting question for fans – why, by giving Marcello and Roger children, the star put an end to the romantic relationship. There was no question of marriage at all: only once did Deneuve decide to marry, and later said that the best way to keep the chosen one was not to agree to become his wife. Why did this principle come about: because of feminism or because of deep disappointments?

ACTRESS WITH FEAR OF THE SCENE 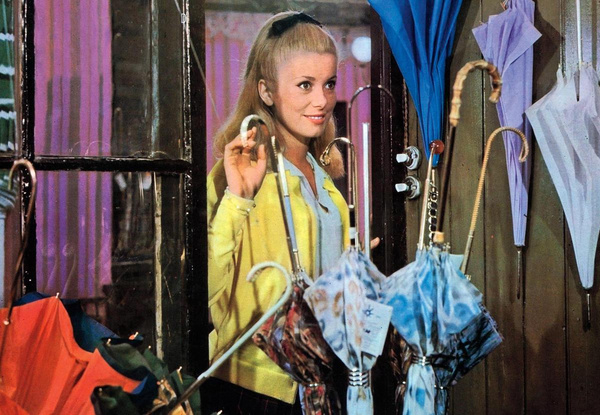 The role in the melodrama “Umbrellas Cherbourg” glorified the actress

In the family of Catherine Fabienne Dorleac, everyone sang and did acting: both parents and her sisters Daniel, Sylvia and Françoise. The latter managed to make herself known by playing in several plays and films “Wolves in the Sheepfold” and “All the Gold in the World”, but Katrin could never become an artist, as she was afraid of the stage and, unlike her relatives, abandoned her theatrical career.

Fortunately, the cameras did not frighten young Catherine Dorleak. At 14, she made her film debut in Gymnasiums under her real name, and later, while acting in Vice and Virtue, she took the maiden name of Deneuve’s mother so that the audience would not confuse her with her sister Françoise. The finest hour for Catherine came when director Jacques Demy gave her the lead role in the musical melodrama “The Umbrellas of Cherbourg”.

“It was a wonderful, incredible story. I realized that cinema can be like this, it was because of this film that I decided to continue filming, because of Jacques, because of the way he guided me, how he looked at me. This is an important decision, the main thing in my life, ”the actress shared. 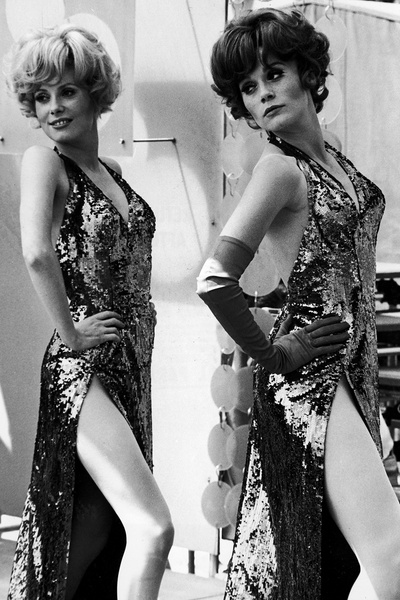 Then she strengthened her position, starring in “Disgust” by Roman Polanski and the film by Luis Buñuel “Day Beauty”. In addition, in the future, the artist collaborated with Jacques Demi three more times, in connection with which in the stellar circles their tandem began to be compared with the union of Alfred Hitchcock and Grace Kelly. Especially striking was the film “Girls from Rochefort”, where Françoise became Deneuve’s partner. Unfortunately, the triumph of the picture turned out to be the last for the older sister Catherine – in June 1967, heading to Nice airport, the woman lost control of the car, crashed into a post and burned to death …

It was a terrible tragedy for Deneuve. Although there were rumors of rivalry between the sisters, in fact, they did not have any conflicts. Her work helped her to survive the grief: next year, four films with her participation were released at once. The actress appeared in the films “Mayerling”, “Surrender”, “Manon 70”, later accepted the offer to play Julie in “Siren from the Mississippi” by Francois Truffaut and the main role in “Tristan” by her already familiar Buñuel.

She won the title of the first beauty in France and one of the sexiest women in the world, although she did not consider her appearance to be special. In tandem with Catherine, men played, who were also dubbed the standards of attractiveness: Marcello Mastroianni, Alain Delon, favorite of Edith Piaf Yves Montand.

Deneuve happily experimented with genres: war dramas, comedies, thrillers. Tony Scott’s The Hunger, in which she starred with David Bowie and Susan Sarandon, is still considered one of the most unconventional and aesthetic vampire films. For her cold aristocratic beauty and restraint, Catherine received the nickname “The Snow Queen”, but on the site everyone admitted that they had a passionate and addicting nature. This has not changed over the years: in the early 90s, critics praised the talent and appearance of the star in “Indochina”, in 2002 fans admired her in the film “Eight Women”, “Palme d’Or” was deservedly awarded to the musical “Dancing in the Dark”, where she played with Bjork.

“For Cigarettes”, “The Newest Testament”, and finally “Truth” by Hirokazu Koreeda – the actress’s filmography was constantly replenished with new projects. In addition, in Europe she is widely known as a singer: in the 80s, Katrin recorded a whole solo album. It is not surprising that hundreds of men fell in love with such a talented and successful woman. 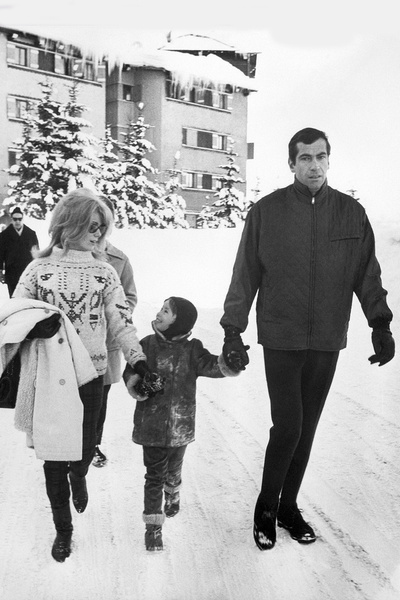 Roger Vadim became the first love of the actress

The actress met her first love on the set of the film “Vice and Virtue” when she was 17. Catherine’s chosen one, former wife of Brigitte Bardot, director Roger Vadim, has already turned 32, he had a reputation as a womanizer and heartthrob, but this did not repel, but attracted the young artist. An experienced man acted as her mentor, taught her to dress beautifully, insisted on changing her hair color and surname, turning Deneuve into a mysterious blonde.

However, the director underestimated the obstinacy of his muse. Catherine was not one of those women who dreamed of dragging Roger down the aisle, and refused to marry. But the actress desperately wanted a child, which she told the chosen one when he returned from another working trip. Vadim was delighted: he was worried that the artist intended to part with him, and the birth of an heir, on the contrary, could strengthen relations.

But the director was wrong again: after the birth of the baby Christian, Catherine felt acutely that Roger had already played a role in her destiny. In addition, the actress was annoyed by Vadim’s habits and lifestyle – endless parties, carelessness, lies about where he spent the night. Once Deneuve just packed her things and moved out from her lover with her son. It was rumored that she had gone nowhere, but to rock star Johnny Holliday. 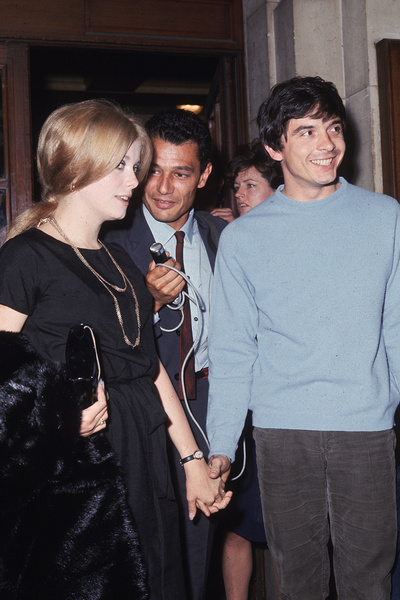 Catherine’s career went uphill, and Roger Vadim could only share custody of the heir with her and engage in memoirs. In the book, the director described in detail the relationship with all his famous passions: Brigitte Bardot, Annette Stroyberg, Jane Fonda and, of course, with Deneuve. The star of “Cherbourg Umbrellas” did not appreciate the frankness of the former gentleman, and in the future she always emphasized that she did not want to cover her personal life and would never publish her autobiography.

Julia Peresild admitted why she does not marry Alexei Uchitel

But once Catherine broke her “fad” about celibacy: in the mid-60s she married photographer David Bailey, thanks to which she was able to make useful acquaintances with Claude Lelouch, Roman Polanski and François Truffaut. The family union was strange, because Deneuve lived in Paris, and her husband lived in London, both were engaged in a career and social events, and not relationships. 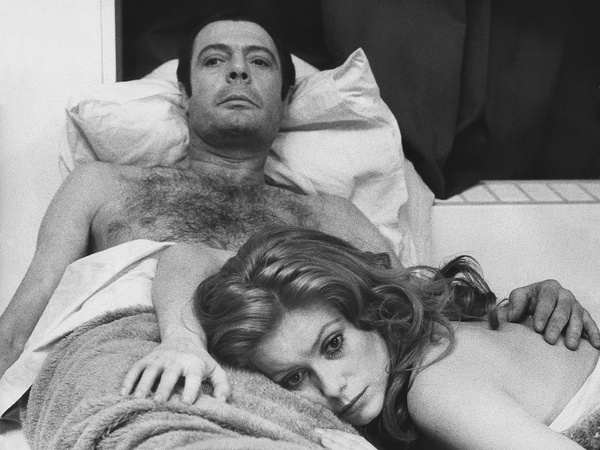 All France spoke about Deneuve’s relationship with Marcello Mastroianni 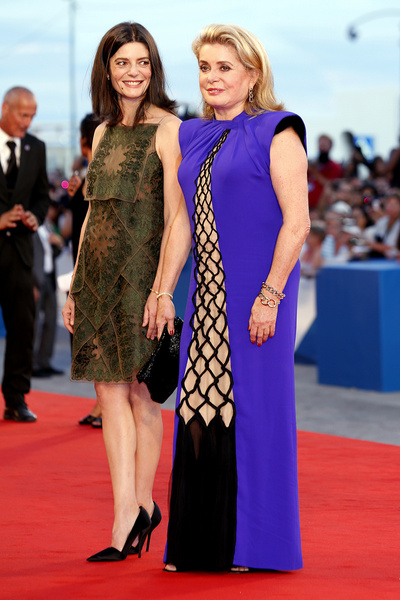 From Marcello Catherine gave birth to a daughter, Chiara

According to rumors, the actress and the photographer ceased to be a couple after a year and a half, but on paper their marriage existed for almost seven years. Remaining Madame Bailey, Catherine had an affair with François Truffaut, and Roman Polanski was also on the list of her boyfriends, although reporters did not find clear evidence of a romantic relationship. But all France and Italy spoke about Deneuve’s relationship with Marcello Mastroianni: the lovers secretly met either in Rome or in Paris, Marcello gave his colleague a villa in Nice, and she in return bought him a car. And this despite the fact that Mastroianni was married to Flora Carabella.

Yuri Nikolaev: “I was ashamed in front of Marcello Mastroianni for my popularity”

“In the beginning, I suffered from jealousy and was furious,” Flora admitted years later. “But from an offended wife I turned into a friend.”

From Marcello, Catherine gave birth to a daughter, Chiara, and, as if by tradition, left the actor shortly after the girl was born. However, the former lovers retained their friendship, and when in 1996 Mastroianni died of cancer in the Paris duplex, Deneuve and their heiress were next to him. 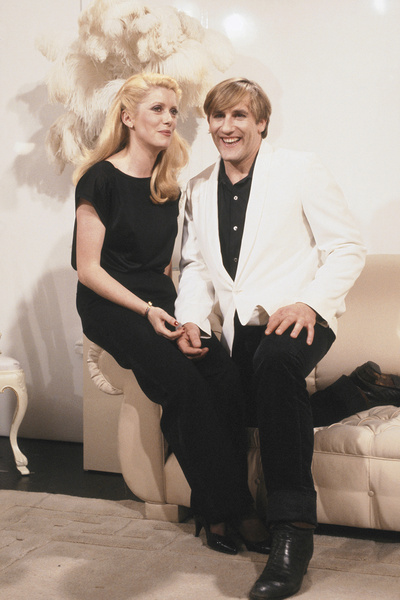 There were rumors about Deneuve’s romance with Gerard Depardieu

On the set of the film “Policeman” the producers brought together two sex symbols: Catherine and Alain Delon. Of course, introducing the actors as a pair seemed like a great strategy. Alain really started courting a colleague and said in an interview that he met the main woman of his life. Deneuve was more restrained on emotions, but she still allowed herself to kiss. Less than a month later, the artist sensed something was wrong: it turned out that the affair was included in the estimate of the PR campaign of the tape. But Delon was informed about the deal and was given a fee for the “game of love”, and the star of “Cherbourg Umbrellas” hugged on camera for free. “And to be honest, Alain Delon is a disgusting kiss,” the actress complained, recognizing the deception.

In 1980, the movie “I Love You” was released, where Gerard Depardieu was the star’s partner. The rumors about the artists’ romance followed again, especially since Deneuve stayed at her colleague’s house for weeks. Nobody believed in the friendly relations of the actors, and Katrin herself tried to get rid of the reporters with the phrase “Friendship is love.” The filming partners still communicate, preferring to leave journalists’ questions about the nature of their relationship unanswered.

Despite the prevailing image of the Snow Queen, according to the heirs, Catherine is not strict either as a mother or as a person. Although Deneuve was constantly busy on the set, the children did not feel abandoned: the actress took them to the set and devoted every free minute. The actress did not want her son and daughter to follow in her footsteps, but both end up appearing on the screen with an enviable frequency. 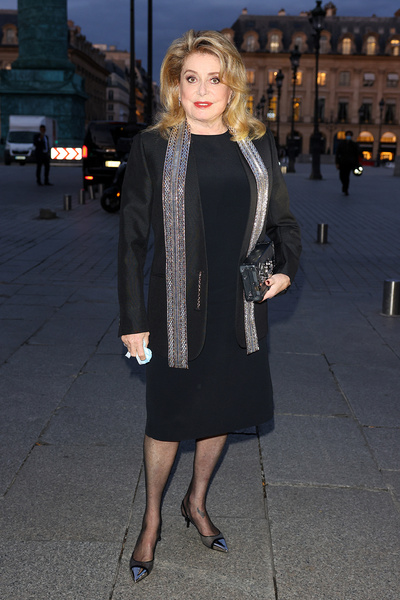 Twice a mother and six times a grandmother, to this day Katrin delights fans with new roles in films. What is the secret of her energy? “I try to get enough sleep, I eat good food, I don’t really like sports, but I do Pilates a little,” the artist noted.

Only once did the good health let the actress down: last November she was overworked on the set of the new film De son vivant and was admitted to the hospital with an ischemic stroke. Fortunately, the seizure did not affect the artist’s motor functions and speech. Relatives assured the press that the star will have a rest, but she will soon be able to return to work.

Last month, the actress appeared at Paris Fashion Week, which reassured fans: Catherine looked healthy, rested and, as always, stylish. It remains only to wait for new paintings from the unfading French diva.

Based on materials people.com, multiglom.com, “KP“.